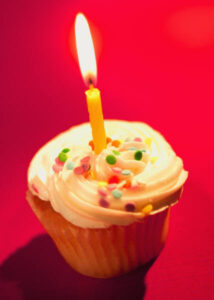 It seems that everyone throws some sort of special giveaway on their blog for their birthday, so I tried to think what would be something nice that I would also enjoy.

The Golden Heart deadline for signing up was yesterday and the due date for sending in the entry is December 2nd. Everyone knows I get kind of sentimental around Golden Heart season, so how about a five page critique?

So if you leave a comment here with your premise in 1-2 sentences and you’ll be entered in the drawing. I’ll draw randomly Friday night. The premise is just to let me know you’re interested in the critique rather than just here to wish me a big old Happy Birthday. (Yes, I am an attention ho on my birthday.) You don’t have to be entered in the Golden Heart, but if you are, just let me know and I’ll send a little Ruby-slipper heel clicking your way for good mojo.

I’ll announce the winner Friday. The winner needs to send their five pages to me by Saturday, 11/20. I’ll return it by Monday–plenty of time to tweak for that Golden Heart entry!

Forgive me for this bout of sentimentality, but I’m a reflective sort of person. Last year, on this day, the Friday before RWA conference, I received a call on my cell phone while at work. Blithely, I called the number back when I had a break and found that it rang to the message machine of Harlequin Mills & Boon in the UK. An English accent never sounded more lovely!

The actual “Call” wouldn’t come for another several days. I had the weekend to stew, my agent had other editors to nudge, and after a little bit of this and a little bit of that, I sold Butterfly Swords five days later on Wednesday morning in Washington D.C. at RWA ’09.

It was an exciting conference for me, to sell right there among so many friends. I was also up for a Golden Heart award. Someone asked me if I still wanted to win even though I’d sold.

“Heck, yeah, I want it,” I said. “Winners always want the ball.” (Extra credit for anyone who can place that quote.)

You see, I’m absolutely awful at playing it cool and nonchalant. Some people try to downplay the possibility of disappointment by voicing their denials. I have as much self-doubt as the next person, but I’ve always been someone who fell on the side of saying, “Yes, I want it, I want it. Disappointment, I dare you to smack me in the face.”

Because can’t we all admit, we all WANT IT?

Neither approach affects the outcome. The Golden Heart scores were already tallied and that envelope was already sealed. But maybe the attitude does matter. Maybe just admitting your dreams proudly, as vulnerable as that makes you, affects you in little ways — affects your pen upon the page, trying just a little harder to pull out the words from inside you.

Anyway, it’s RWA time again. A bunch of authors, hopefuls, and the rest of Romancelandia will be converging on Orlando. I’ll be heading there and not blogging for the entire week.

This year, I’m presenting the Golden Heart award in the historical category and I just wanted to say to whoever the winner is going to be, and also to all the other writers who are pitching, networking, and waiting for “The Call”:

You don’t have to play it cool.