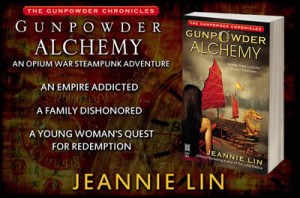 Here we are in the middle of release week for The Jade Temptress — huzzah!

I’m touched that Mingyu and Wu Kaifeng’s story has generated some wonderful comments:

Group Review and Recommended Read from Dear Author
An A rating from the “That’s What I’m Talking About” blog
Four stars from Poisoned Rationality
A strong recommendation from the “It’s My Genre, Baby” blog

…and some lovely reviews from readers on Amazon & BN who’ve bought and read the book already (THANK YOU!) END_OF_DOCUMENT_TOKEN_TO_BE_REPLACED