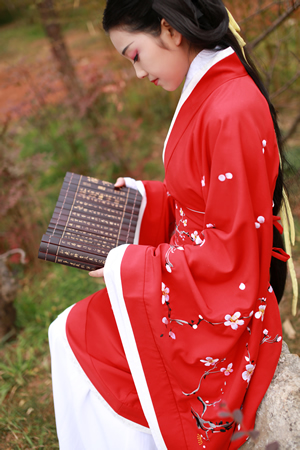 Well, it’s not really about Buddhism. Actually, it is and it isn’t. Let me just try to work through this. Maybe it will make sense at the end — at least to me.

By the way, I think my approach to sense-making is very Buddhist.*

Okay — Let’s try a more cohesive start. One of the cool things about writing is you learn more about yourself. Whether your stories or good or bad, whether people love them or hate them, you can’t help but learn about yourself in the process of putting thought to words. (You also can’t help but get better–which I think is also pretty cool. There are so few guarantees in writing and publishing, but that’s a pretty BIG absolute, right? If you write, if you think, you will get better. Let that keep you warm on those cold nights when the words won’t come.)

So I attended an awesome workshop on theme presented at an RT by Stephanie Dray, Eliza Knight and Laura Kaye once. I do consider myself a theme writer. Even if a reader doesn’t care about larger themes I, as part of my process, have to have them to tie all my pieces together. I think it provides an internal harmony and logic to the story that the reader can sense even if they don’t know it. (That’s a very Taoist statement, by the way.)

So my next point — I think one of the things that makes my stories Asian is not the setting or the characters, but the fact that my internal logic and philosophy is inherently Asian. I was raised and consider myself a Buddhist. I don’t believe when I bow before an altar that I am praying to a deity or to my dead grandmother**, but I do believe that time to reflect is good and precious and valuable and if the focus is Buddha (it’s not for me) or my grandmother (sometimes it is), that’s powerful.  That has meaning.

I realized during this workshop that one of my central themes in writing and in life is this:

“In a troubled world, true happiness is the one that you make for yourself.”

It’s a philosophy that I can almost say is in every one of my romance novels. Wait….hmmm….yeah, it’s there in my steampunk and my erotica too. Well, good. That supports the argument. Tee hee.

Now you may say, that’s beautiful. That’s totally in-line with the romance genre. But it’s not. The tweak is subtle, but it’s one that readers have picked up on. Readers are smart. And they can sense without knowing. The theme says that it doesn’t matter if your life is still hard. It doesn’t matter if your lives are still in danger. It doesn’t matter if society denies you, if you and your love can look at each other and find peace and happiness there, it’s enough. In order to show this theme, inherently it means I have to put my characters in a perilous, unaccepting or at least unpredictable world.

This is something that has been constantly brought up in my reviews. From the unexpectedly dark tone of the romance, how danger hangs over every word, how even at the end when the characters are together and happy, the reader doesn’t feel satisfied that they will live happily ever after because there’s still so much danger around them.

I’ve wondered at times if it’s because I write in a setting that’s not considered well-known or comfortable — see previous note on uncertainty. Is it unfamiliar territory and characters that automatically created that sense of unease that doesn’t let readers fall into the fantasy? Or is it me? My central theme and philosophy guides me to present that type of uncertain world. I know I’m certainly drawn to those sorts of perilous, uncertain settings.

And this sort of faith in the face of uncertainty is not what I believe the majority of romance readers are looking for. Faith is important. And peril is important, but in romance, by the end, we want to have our hopes affirmed and the path cleared for happiness. Villains are punished (I don’t punish my villains enough), evil is eradicated, happiness is granted.

In general. I get it. In general, readers want this. There are exceptions. I am an exception. So really, I get it.

Note on villains: You see, revenge and comeuppance, these rely on an external result to give you your closure. My central theme HINGES of the fact that your happiness, your sense of completeness has to come from within you. Therefore, if I depend on the killing of an enemy to find peace, then it actually goes against my theme. It lessens the impact. Very, very Buddhist in thought. Can you see where I’m coming from that the central theme driving my HEA is just slightly at odds with the traditional HEA?

I’m not lamenting that no one understands me….boo hoo. And I know I have many loyal readers who do enjoy and appreciate my stories and I’m so very grateful.

BUT this has taught me things about myself. And about my approach to a genre I’ve tried so desperately to find a foothold in. Maybe it’s not about distribution, promotion, exposure, unusual settings, multicultural, XYZ. Maybe it’s something at the core. At the heart. I’ve been like Yossarian, binding the wrong wound when there was a deeper one I’d overlooked all along.

The beauty of the romance genre is it’s so far reaching. There’s such breadth and depth. And romance readers will read other genres without batting an eye.

The last few years I’ve been trying to explore myself and my stories. I’ve stretched into the nether regions of the genre — to mystery, or steampunk. Places where I might not feel so “other” and where the core theme may actually feed the genre expectations rather than fight them. I think this exploration has made me a better writer. (See previous note on built in guarantee.)

So to readers…whatever I write in the future, whatever it’s called — I will never deny that I am a romance writer. But I am searching for a place where I might fit in. Where more readers might find me.

Because at my heart, I’m also a mass market genre author. I want readers. Like, lots. 🙂

Maybe I’m not so Buddhist about everything after all.

*When I say something is Buddhist, I’m no expert. My family is Buddhist and there are many branches/philosophies/flavors of it. It’s just my interpretation.

**Dead ancestors are more of a cultural religion than Buddhism. Or it’s cultural, but melded into certain practices of Buddhism.