What is DABWAHA? It’s a March Madness tournament where it’s book vs. book, friend vs. friend in a no-holds barred throwdown fought for….well, pretty much bragging rights and books. Prizes are given each round and there’s even consolation prizes for the lowest scoring bracket. 🙂 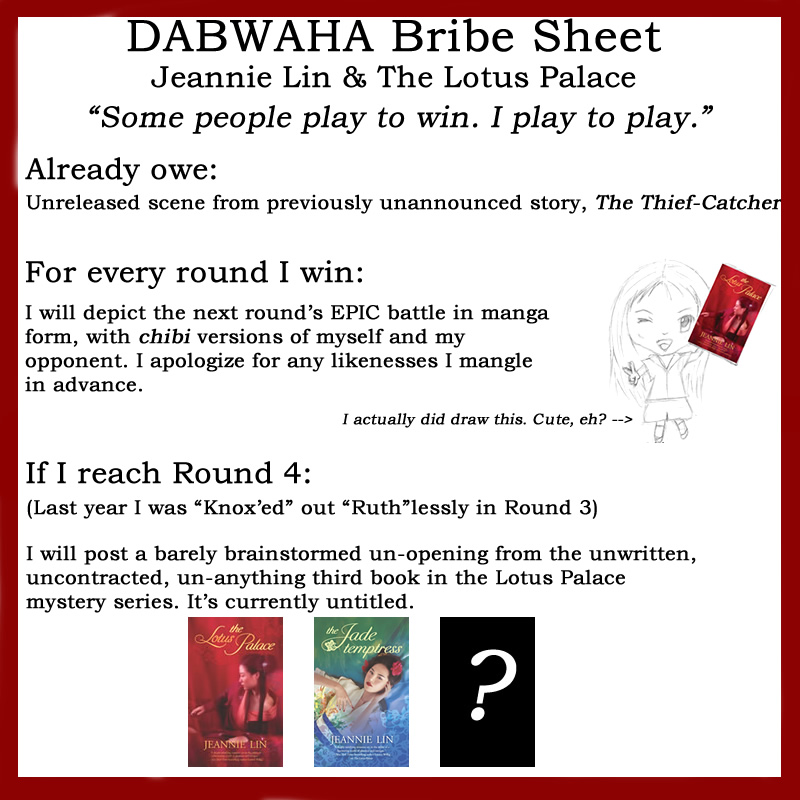 Last year I had a blast competing with My Fair Concubine and offered up some general zaniness and random entertainment as bribes.

This year, I’ve somehow lost my camera and have limited video-making capability. (Plus it’s extremely time consuming) So I’m offering to manga-nize every epic round I’m voted into. Yes, you will get to see your favorite romance authors in chibi manga form — but only if they face me!

Some people did suggest I release an excerpt of perhaps a yet to be announced 3rd book in the Lotus Palace series. And I have indeed taken that suggestion to heart — I already owe an excerpt from The Thief-Catcher, the unauthorized sequel to The Sword Dancer. (Thank you for voting in SECRET GIRLFRIEND by Bria Quinlan!). So if I make it to Round 4, I’ll reveal an exclusive excerpt from the third book in the Pingkang Li Mystery series.

Round 1 voting starts Thursday on March 20 and I’ll be facing off against Anna Cowan who’s debut novel, Untamed, made waves by pushing the boundaries of historical romance. She also played the cute card with her little munchkin. It’s going to be a tough battle!

And here’s how our epic battle breaks down — with me emerging as the victor, of course. Get ready to vote Thursday! 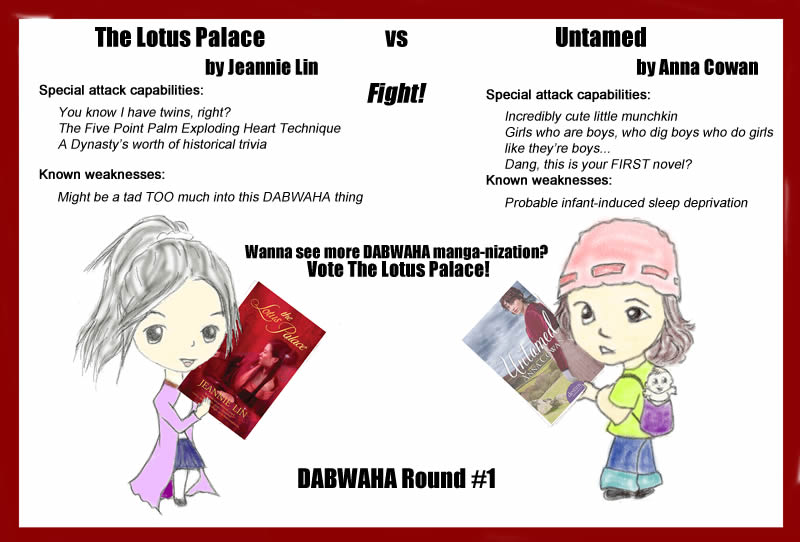