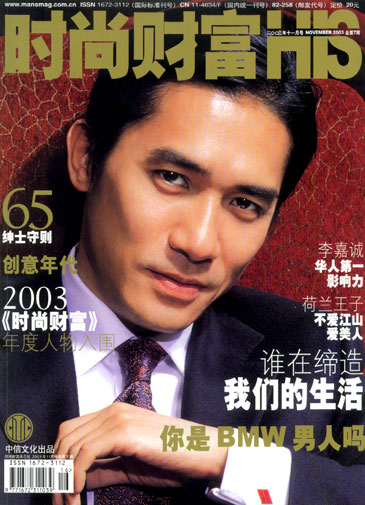 I’ve been a fan of Tony’s since watching Police Story on tapes from the Hong Kong TVB back in the 80’s. Then of course, he starred in Heaven Sword, Dragon Sabre, my sister’s favorite Jin Yong adaptation. Lately, he’s been taking on intense feature film roles. He was fabulous in Hero — and I argue the true “hero” of the piece instead of Jet Li’s character…but that’s a movie discussion for another day.

Lust, Caution — mesmerizing. I would love to say Tony’s Mr. Yee was the inspiration for the character of Li Tao in The Dragon and the Pearl, but I had actually written the manuscript before seeing Lust, Caution.

Tony once said about his counterpart, actress Maggie Cheung:

“Maggie is a truly formidable partner – one to waltz with. We do not spend a lot of time with each other, as we like to keep some mystery between us. Whenever I see her, I discover something new about her.”

Maggie and Tony are like Katherine Hepburn and Spencer Tracy. Ginger Rogers and Fred Astaire.

When writing romance, I’m very much inspired by complex characters. The hero and heroine always have secrets they keep from each other, but I lose interest if the information comes too easily. If the interactions are so predictable other than the obvious fact that the hero and heroine aren’t speaking “the big secret” aloud, I get frustrated. 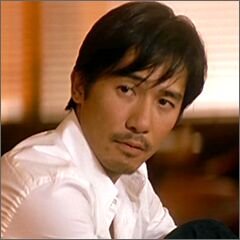 I want to read stories where I hit the happily-ever-after ending, but I’m still left with a sense that the waltz is really just beginning. There are mysteries between the happy couple yet to be discovered for years and years to come. That’s what keeps the chemistry alive.

What’s the key to recreating that feeling? I don’t know. Perhaps there’s a hint within the note my Little Sis likes to put in the margin of my manuscripts – “Need internal reaction here — preferably mixed.”

Tony’s quote has given me a lot of inspiration. So thank you Tony and happy birthday.

(Note: See how I refrained from drawing little hearts over Tony’s picture? So mature of me.)