Sometimes I read something so amazing that I feel like just a hack. I learned about Ken Liu’s Hugo award winning short story “Paper Menagerie” while browsing a review for Diverse Energies, an anthology with some of my favorite new authors.

I don’t want to say too much about it other than that I was deeply moved. The story seems pretty widely available online. I double checked to make sure I’m not reading and pushing a pirated copy and I believe this is freely available. If I’m not correct, please let me know ASAP!

So I thought I’d wish everyone a Happy New Year with an eclectic list of Chinese New Year reads. 2010 was actually a lovely year for Asian stories. These were not all set in Asia — in fact most of them were set in fantasy worlds that were very obviously based on historical China.

I’m a rolling stone this week: First a hop to Northern California to visit Little Sis and her newborn Peregrine and then a jaunt over to Montana for a ski trip. Since I’m jumping about, I wanted to get my New Year’s giveaway and reading list out early.

Lucky money – Subscribe to my Newsletter and I’ll send you a personal New Year’s good luck wish along with a replica of an imperial Chinese coin. If you’re already a subscriber, there’s a link within the January Newsletter to follow.

Giveaway – One random commenter will be chosen to receive the original hardcover of Cindy Pon’s Silver Phoenix with the original stunning cover. Please let me know in the comments that you’d like to be entered. I’ll be selecting the winner when I return on Superbowl Sunday, Feb 6. 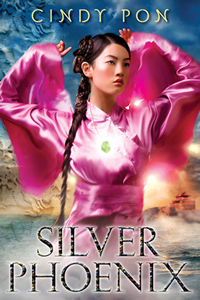 Well, if you’ve followed my blog at all, you know I’ve raved about Silver Phoenix several times. Ai Ling is a young girl who suddenly discovers a mysterious gift–she can transport her spirit into another’s body. Along with two brothers, she embarks upon a mission to find her father and discover the origins of her power. This is a classic adventure tale with elements of Chinese mythology interwoven within it.

As the story progresses, the scope of the adventure also grows until it encompasses palace intrigue, reincarnation, and the mysterious Silver Phoenix who is somehow linked to Ai Li’s destiny. I was so excited when I first spotted this cover on AbsoluteWrite that I immediately searched out Cindy Pon’s website to find out more.

The paperback release of Silver Phoenix is February 1, 2011. Read it now to get ready for the sequel, Fury of the Phoenix, which releases in March!

Little Sis gave this to me for a birthday present because she thought I would like it. She was SO right. It’s hard to resist a sword-wielding heroine, let alone one who wields double swords. The dragon mythology in the book is based around the Chinese zodiac, though I felt the culture was likely an amalgam of Chinese and Japanese culture. There are occasional Western sounding names thrown in, which made me imagine a more cosmopolitan mix of characters, though the setting is definitely Asian.

EON is masquerading as a boy in hopes of being chosen as a Dragoneye, the specially trained warriors who commune with dragons in order to protect the empire. When she is unexpectedly chosen by the Mirror Dragon, she it thrown in the middle of a power struggle for control of the throne. I really loved this adventure: the fight scenes, the ceremonies, the manifestations of the magic. As you’ll see, the sequel is way high on my TBR.

Under Heaven by Guy Gavriel Kay

Guy Gavriel Kay bases his fantasy world on Tang Dynasty China. I felt the allusions were thinly veiled at best. He blatantly borrows the historical events of the An Lushan rebellion and the historical figures are obvious. He does, however, inject some of his own elements such as the Kanlin warrior sect and a whisper of magic in the shamanism of the northwestern tribes and the ghosts of the dead in Kuala Nor.

I felt the book captured the culture of the Tang Dynasty quite well with its emphasis on poetry and language as well as glimpses into the culture of the capital city as well as relations with the neighboring tribal kingdoms. The historical figures are also portrayed in a very engaging manner as Kay re-invents the motivations and circumstances behind the famous rebellion. You have to be a patient reader for this one. It builds slowly with a lot of text dedicated to create an almost haunting atmosphere. It’s one of the big fat books you can really sink your teeth into. 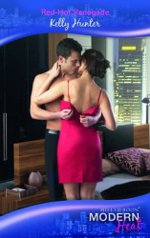 Surprised to see a contemporary romance here? I actually love reading contemporary romances and this book was a great find. Martial arts hero, Chinese heroine. Set in modern day Singapore — I love the international scene! This is a story of a couple that married young and then separated. Twelve years later, Jianne Xang-Bennett is threatened by an unwanted suitor and she reunites with her estranged husband, Jake.

The interracial romance was executed perfectly here. (Jake is Caucasian) We see the conflict of two people coming from different cultures, but it’s subtle and realistic. Similarly, their reunion and emotional angst is handled so well. And the romance is sexy and HOT. This book hit all the right notes for me and I immediately bought the previous book in the series and will most likely read them in reverse order. 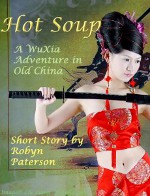 I bought this from Amazon for my Kindle and it’s a complete steal at the 99 cent price. The introduction at the beginning describing the wuxia genre is insightful and fabulously written. If anyone wants to know what wuxia is and why I’m always babbling about it, definitely buy this story.

The story itself is charming and quirky. Gou is your quintessential trickster hero; one of the beloved archetypes of the martial arts genre. He’s cheeky, clever, and a scoundrel with a hidden heart of gold. As commonly done in wuxia renditions, the language in the story is colloquial and the action is over the top. I laughed out loud several times and thoroughly enjoyed the madcap action scenes as Gou gets chased through tea houses and rooftops.

These are titles I haven’t yet read, but I’m looking forward to checking out.

I’ve been avoiding all manner of reviews and commentary about this book because I really want my reading experience to be as pure as possible. So my blurb is not going to do it justice.

It’s the sequel to Silver Phoenix and goes into the past history of the mysterious Phoenix as well as the continuation of Ai Ling and Chen Yong’s story as he journeys to his father’s homeland.

I expect to encounter more supernatural creatures, imaginative places, and lots of delicious food. I’m pretty much willing and ready to go wherever Cindy Pon wants to take me in this sequel. 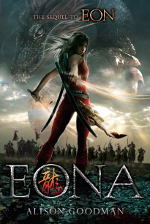 Don’t want to give any spoilers here, but let’s just say EON: Dragoneye Reborn ends on a doozy of a cliffhanger!!

I must, must see what happens. And the quintessential romantic in me is just waiting for the sparks to fly between the young Emperor and Eona now that he knows she’s a girl…and he’s really pissed that she deceived him.

Plus look at the cover. My pretty, pretty Precious…

I’ve read other stories by Bonnie Dee and she has a way of portraying more sensitive and thoughtful heroes as well as complex emotional situations. For that reason, I’m really looking forward to this historical romance set in San Francisco in 1870.

Captive Bride features a Chinese immigrant, Huiann, who comes to America only to find that the man who was supposedly going to be her husband is planning to pimp her out as a prostitute instead. She seeks refuge with Alan, a local merchant who also has political aspirations.

Do you have any Chinese New Year recommendations to add to the list?

Remember to comment for a chance to win Cindy Pon’s Silver Phoenix with the original cover art.