I received an inquiry from a librarian today asking me if The Jade Temptress has been cancelled. This is the question I’ve been dreading for a while now and I know more readers will have questions, so I thought I would lay it all out here:

Do you want to know what it feels like to write exactly the stories that you want to write, in a setting that the industry insists is too much of a risk, about characters who are a hard sell?

For the last five years, I’ve been able to do exactly that. EXACTLY that, no compromise. How did it feel?

I want that to be the very first thing I say about this. From the moment I stood on that RWA stage in 2009 to announce that Harlequin would be publishing Butterfly Swords to this moment right now, I did it my way, writing the stories I wanted to tell, the way I wanted to tell them. It felt really frickin’ awesome to be able to do that. 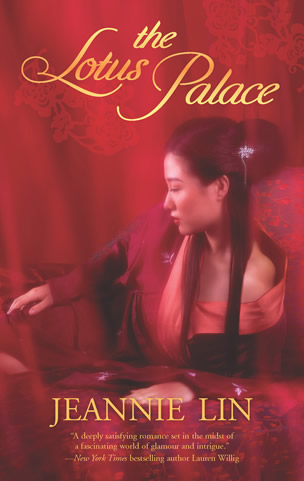 In September 2013, Harlequin HQN released my first single title historical romance set. The Lotus Palace was supposed to be a new milestone in my writing career. A chance for a higher advance, wider distribution, more readers.

It tanked. The print sales were so poor on Lotus that Harlequin pulled the sequel, The Jade Temptress, from print distribution to publish it digital only. There’s no other way to slice it – this is a huge step back from the Jeannie Lin master plan.

I once reflected to my BFF Amelia, the same friend who got me into romance novels, that whenever you talk about a past relationship, it inherently has to be a story of failure because that relationship is now over. Well, I know how this sort of publishing story usually ends, but I don’t want to spin a tale of “unfortunately” and “not as well as I hoped”. I’m not going to go into why the book didn’t sell because…boring. You’ve heard that lament before. I’ve heard that lament before. You know how it goes.

I’ll be brutally honest and say I did cry actual tears over The Jade Temptress losing print distribution. I need as many eyes as I can get and that means I can’t discount any opportunity to have my book on shelves in stores and libraries. It’s hard enough for readers to find me as it is.

I haven’t cried actual tears over publishing since I saw what they did to the cover of Cindy Pon’s sequel to The Silver Phoenix. And in my angst-filled write up on Phoenix’s behalf, I lamented that it takes a while to build a name and a readership and that it was unfair to dilute Cindy’s brand because of lower than expected sales on her first book and immediately blame the Asian theme.

Well, this didn’t happen with me. For six novels and four short novellas, Harlequin stuck by me. They never white-washed my covers. They promoted me when they could have easily spent time talking up other more lucrative authors. I can almost guarantee you that Harlequin at any time could have put out a historical romance in my slot set in almost any other era besides mine and made more money. Instead, my editors worked their asses off. The art department went above and beyond themselves again and again. The digital department stepped forward, creating trailers and trying out promotions. And even when my sales in the category line were humble at best, they still said, “Let’s try you in single title with HQN.”

I’m not being naive and saying this was charity. In the beginning and the end, publishing is a business. My stories failed to woo a significant number of readers even after five years and multiple releases.  It’s down to the numbers; the cold equations. I can’t say that Harlequin and I didn’t give it a fighting try.

The truth is I knew in 2011 when my second book released that this couldn’t continue forever. I looked at my royalty statements and knew that any publisher worth their salt couldn’t continue putting money into a risky investment like me. I started to get depressed back then, but I thought of an analogy from tennis that I’ve taken to heart.

I was watching the Wimbledon women’s final one year and the announcer was remarking how the player who was behind in the score was feeling timid, so they were pulling their swings, afraid to hit out of bounds. When you’re under the gun, the instinct is to pull back and be conservative, but that actually makes the ball more likely to ping outside.

The real answer is to swing harder. That’s how you control the ball. So even though I had the sinking suspicion I was going down sooner or later, I made the decision to keep swinging as hard as I could.

Lo and behold, after The Dragon and the Pearl, Harlequin offered to contract more books and I took the opportunities, swinging for the fences in each one. I would go down swinging.

Now that my writing career is hitting this setback, it’s hard not to feel down. To feel that this great experiment has failed. But I wrote ten stories in five years set in a historical era that no one had ever done before in this genre. I convinced a major player in the romance world to go along with me, hand in hand, in a real way. Over and over again, I wrote the book of my dreams. Every single one; the books I dreamed of writing.

Six full-length novels set in the Tang Dynasty and pretty good ones at that. Yes, I said it. Memorable stories. Emotional stories. Romance novels, the books I had always wanted to write. That doesn’t suck. 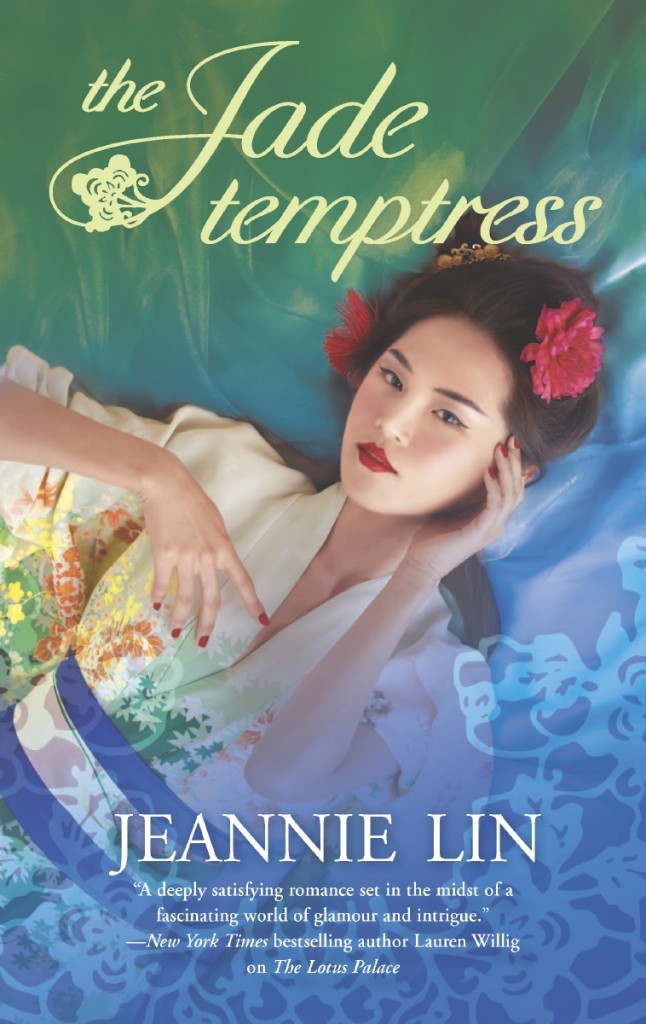 To the readers, authors, reviewers and bloggers who have supported me, I owe you everything.

I still have one more Tang Dynasty romance for Harlequin in the works, the sequel to The Sword Dancer. I have a two book Opium War steampunk duo to write for Berkley Intermix. After that, who knows?

The Jade Temptress is still releasing next year March 1, 2014. I’m proud of this book. Ironically, of all my books, it’s the one that the most readers have e-mailed me to say they wanted to read immediately after reading the previous book.

I hope readers who enjoyed The Lotus Palace in print, will still buy the sequel in digital. I hope that new readers will still be able to discover The Jade Temptress.