July is almost here so it’s time to start the promotional push for Butterfly Swords. At least, I think it’s time. (???)

I took the wise advice of my agent who told me she’s never really seen an impact on a book due to having or not having a magazine ad. So I took ads out of the budget and instead invested in a publicity muse and a graphic designer.

You know how authors with big releases have publicists and/or assistants that take care of non-writing tasks for them? Well….I can’t actually afford a publicist or an assistant LOL. But between revisions and drafts and the day job, I figured out really quickly that it would be nice to have someone assisting me so I don’t have to do it all myself. Especially true because I’m most likely to overreach on publicity for my first book and try to do too much.

Enter Anna – Publicity Muse. She’s a mix of assistant/publicist for a limited engagement. Nowadays with authors worried about blogging and reviews and an online presence, it’s nice to be able to offload that to someone else. She’s setting up guest blogs and interviews for me and will take care of organizing and sending out ARCs to reviewers. So far, worth WAY more than an advertisement in a magazine.  And it’s not even October yet.

My second ace is Jaxadora Designs. I enlisted author Jax Cassidy who’s also a graphic designer to put my bookmarks and postcards together. I absolutely love them. She made Butterfly Swords look like it’s a movie up for an award at the Cannes Film Festival. I love her website and book covers so I knew she’d do an awesome job.

I know there is a lot of debate in the writer-verse about what type of promo is necessary and effective. Since this is my first time, I’m trying a few strategies and keeping watch on what works. It’s kind of a fun scientific exercise in and of itself, no?

And, you know….getting bookmarks and such…it feels like part of the ritual of a debut release. Like the pinning of the corsage before prom. Maybe I could get through prom without a corsage, but I don’t want to be the only girl without one.

In the meantime, I’ve been writing and writing. So everyone’s happy. 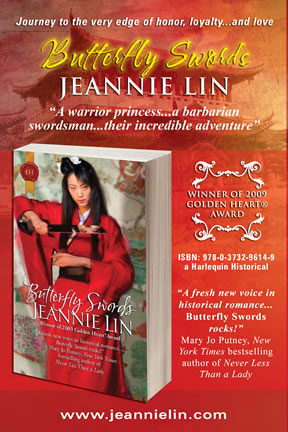