For those of you who couldn’t make RWA conference, the Dress For Historical Success workshop was, well, as success. We had a full room despite going up at 8:30am on the last day of conference. 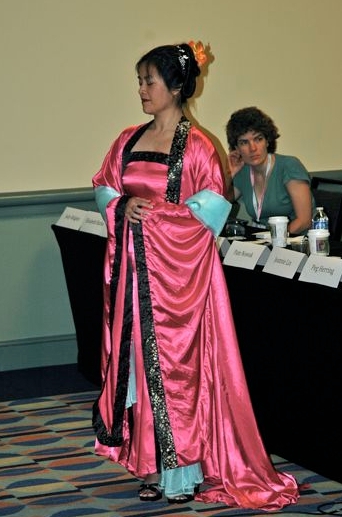 Nigel Barker: “I love the pose. You evoked the sense of confidence and grace of the Tang Dynasty, but I’m not in love with the face.”

Miss Jay: “Girl, you are closing your eyes again. Get some sleep or something and bring it.”

Jeannie: “But I was up late last night at the Harlequin party. There was a DJ and pink drinks with orchids in them–”

Tyra: “The women of the Tang Dynasty were FIERCE. I see a pretty picture here, but I’m not seeing fierce.”

The guest judge always gets to announce the winner. While the other judges are deliberating, check out the photos and write-up on Gretchen Jones’ blog on the Dress for Historical Success workshop.

Who will be America’s Next Top Historical Model this year? You decide!

The rest of my film: 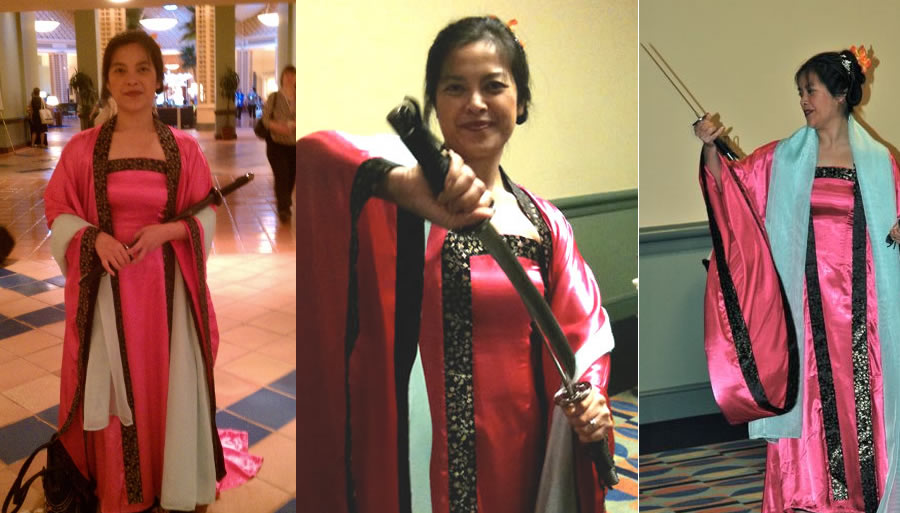