I was searching for the title of an old school romance I must have read over ten years ago that I really enjoyed, despite the outlandish plot. It was about a pirate or a highwayman who seduces the heroine and then later ends up marrying her while disguised as a portly, older gentleman. To our surprise, she eventually falls in love with him as the less attractive fellow. (I still haven’t found it)

While searching for this title, I was reading blurbs from historical romances from the 90s and late 80s and started feeling wistful. There were so many wild adventures to exotic lands then – Sioux country, the Caribbean, Scandinavia. The desert, the high seas, the jungle. Sure those settings are still about today, but it seems that they’ve taken a back seat. The market has become tame and sensible with Regency England and the occasional Scottish medieval. 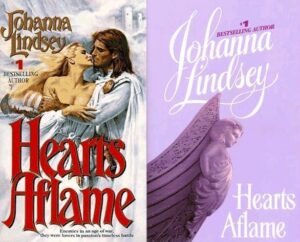 Don’t get me wrong! I adore reading Regency and authors are continually finding clever twists and variations within those confines, but at times it starts to feel like different actors moving about the same stage set. The painted backdrops all look the same, the props are rearranged.  The lines change, the characters switch around, but in the end, it’s all so familiar.

I’ve been reading Elizabeth Grayson’s Moon in the Water and I’m just swept away with her descriptions of St. Louis and steamboat life in the 19th century. There was a whole culture along the river and I’m pulled in and immersed in it, from the colorful characters working on deck to the Indian attacks along the shores. I even enjoy reading all the navigation techniques they would use. If they had to navigate in the dark, they’d float rafts in the water with candles upon them to outline a safe path. Fascinating!  It made me realize I missed being swept away like that into an unknown world. 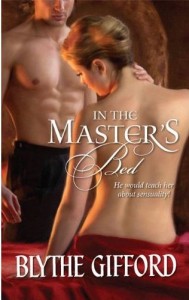 That’s not to say that sort of book doesn’t exist today. I loved Blythe Gifford‘s In the Master’s Bed and its exploration of 14th century university culture in England. But is it just me, or is that sort of book now the exception to lords and ladies and the ton? And I wonder how well this book would have been received if it didn’t take place in jolly old England.

Nowadays there’s deeper exploration of the heroine and hero’s psyche. The heroines are more empowered and independent. The old, stale bodice-ripping tropes are laughed at or frowned upon. These are good developments, for sure. But did we have to do away with the grand adventure? Just a little bit of passion-swept romance, please? The heroine’s bosom isn’t supposed to heave anymore, but I still want to be left breathless.

As the old song goes:
Today’s music ain’t got the same soul
I like that old time rock ‘n roll